BarWe took our time getting up on Friday morning. Ate breakfast at the hotel and packed our stuff. We took an uber to the Rome train station which was very very hectic. We were told that pick pocketers were prevenlent and with the recent attack in Brussels we were both a bit on guard. It took us a few minutes to figure out the ticketing station and then we waited for our train number to appear on the sign. We walked out to our platform and waited. The only seats left were 1sr class so we had to pay a bit more for them. We happened to be sitting in the same car as the loudest 4 children on the train. They were yelling and screaming and up and down out of their seats. The trains travel at very high speeds and I was feeling a bit motion sick. At one point John got fed up and as one of the kids started running over to our seats he slammed him hand down and said "SIT DOWN" for the rest of the trip the kids were a bit more quiet. But we were super happy to be off that train. We walked from the train station to our hotel, which was about 10 long blocks away. It is a very eclectic hotel, that is very very old.
We left our bags and set out to explore the new city. For some reason we thought that Florence was much slower and smaller then Rome, but we were wrong. It is SO busy. 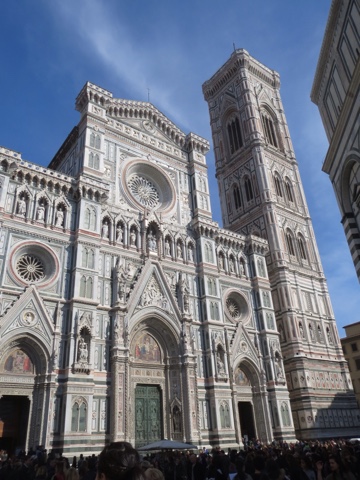 The large farmers market was about a 5 min walk from our hotel. We stopped for a meat plate and some wine to hold us over until dinner 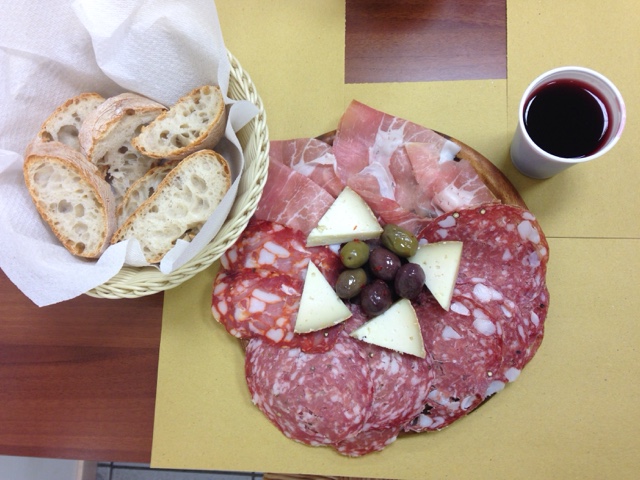 Then we needed out to explore the city. 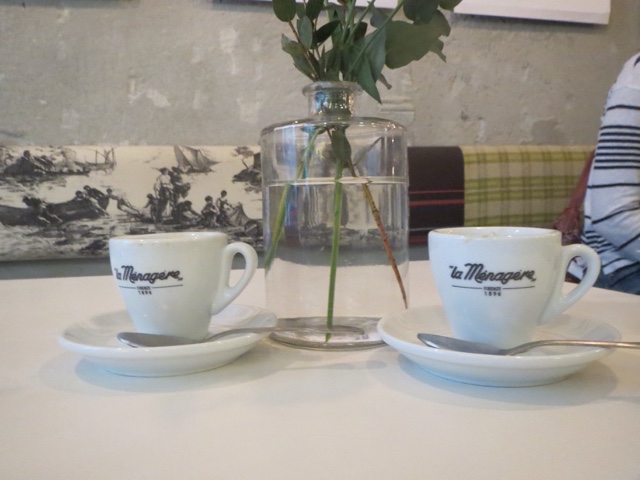 We stopped for espresso as a very cute resturant/ bakery 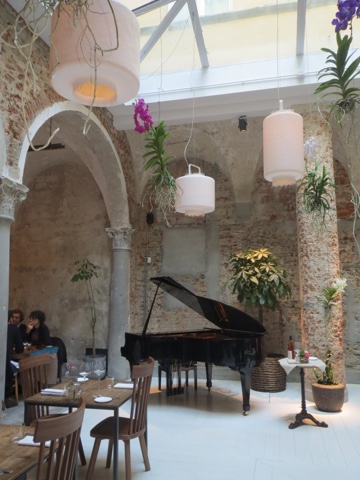 We walked nearly 12 miles that day. The best part was at the top of the Michael Angelo gardens. 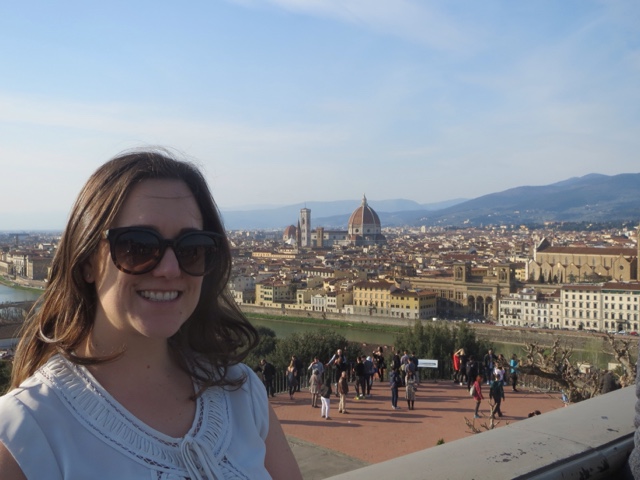 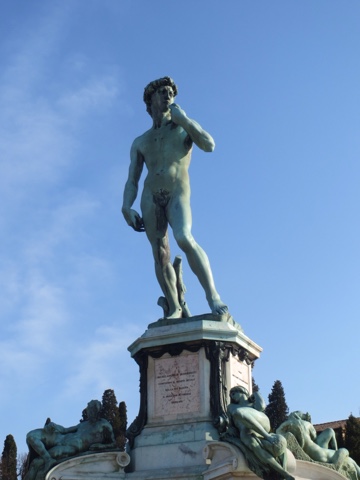 It was such a beautiful view. We walked up even more stairs to the top of a church with a cemetery. 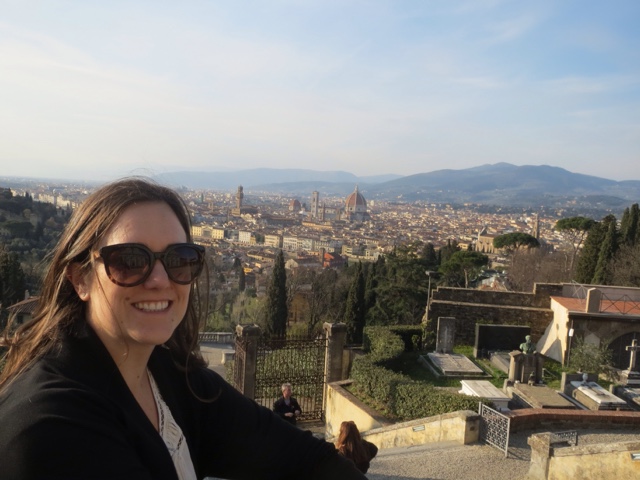 Barbara our host in Rome suggested we go to ZA Zas for dinner. Luckily it was very close to our hotel. We were lucky to be seated right away, most people had made reservations. We shared a giant steak 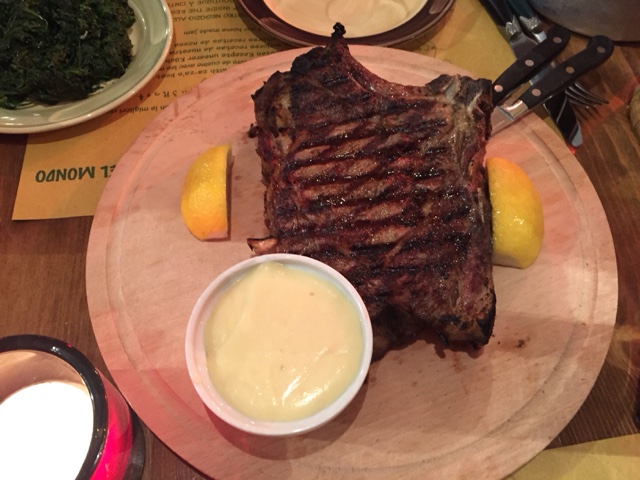 We ordered it medium and it was served pretty much raw. So I sent it back to be cooked a bit more ( john was pretty unhappy that I sent our food back, but there was so way I could have eaten it like that. We also enjoyed a salad with Brie 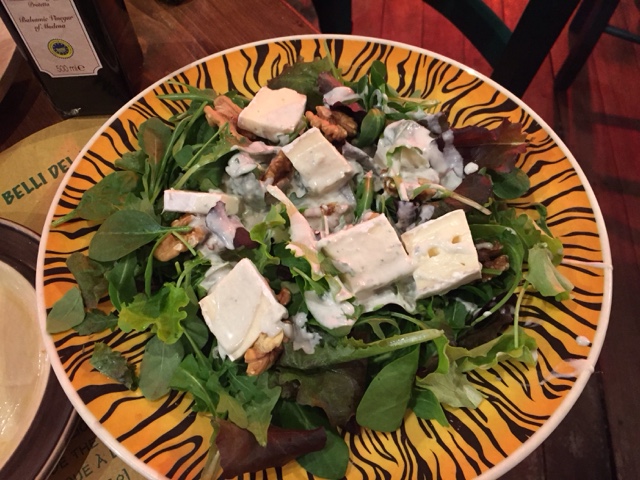 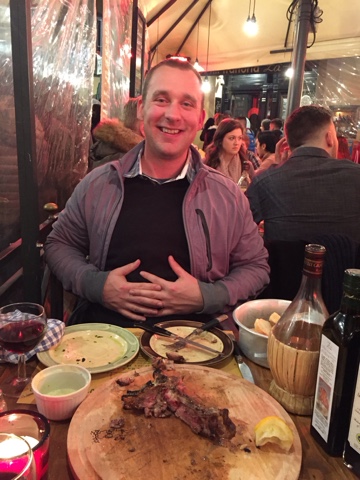 John made sure we didn't waste any of it.
Posted by Unknown at 2:39 PM